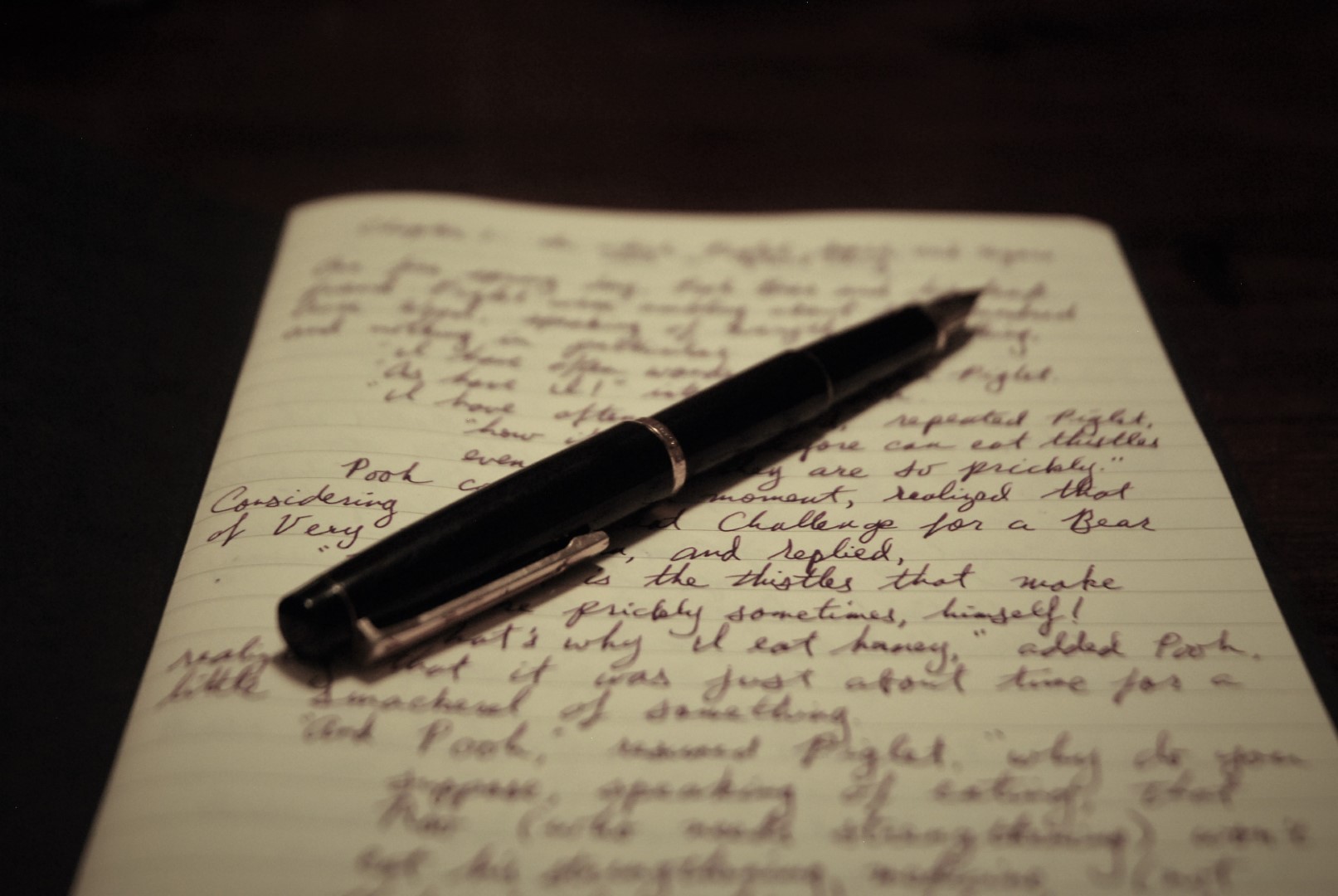 In honor and in the style of A.A. Milne, whose stories and poems have enriched so many lives. All Pooh characters are the property of the Pooh trust. I beg permission to include this, their newest adventure, here.

One fine spring day, Pooh Bear and his dear friend Piglet were ambling about the Hundred Acre Wood, speaking of everything, anything, and nothing in particular.

Pooh considered a moment, realized that considering was a Great Challenge for a Bear of Very Little Brain, and replied,

“Perhaps it is the thistles that make Eeyore prickly sometimes, himself! That’s why I eat honey,” added Pooh, realizing that it was just about time for a little smackerel of something.

“And Pooh”, resumed Piglet, “why do you suppose, speaking of eating, that Roo (who needs strengthening) won’t eat his strengthening medicine (not that I blame him), while Tigger (who is plenty strong already), loves it?”

“Why,” said Pooh, “perhaps it’s because Tigger, who eats the medicine, gets stronger while Roo, who doesn’t, gets Rooer! You have noticed Roo getting Rooer, haven’t you, Piglet?” asked Pooh.

“Yes, of course I have,” Piglet replied quickly, though he hadn’t at all.

Just then, Pooh and Piglet came across Rabbit, who was organdizing his Friends and Relations to maximize the efficiency of the domestic agridculture.

“Now we shall construct an irrigation canal along optimal principles to ensure that all the crops receive the necessary hydration!” began Rabbit earnestly. “The first principle is this:

After Rabbit finished expounding his principles and directions to his Friends and Relations, they all set to work digging the canal. The largest of the Friends and Relations shoveled dirt into a bucket, which the second-largest shoveled into a smaller bucket, and so forth down to smaller and smaller relations, shovels, and buckets.

After a while, Owl came flying by overhead and landed on a nearby tree branch to monitor the proceedings. At length, he wheeled down to the ground to consult with Rabbit.

“It seems to me that the ideal procedure entails improving the division of labor,” puffed Owl.
“And just what tails ought the lay birds use to dig, then?” rejoined Rabbit.
“Why, the optimal tails enjoined to their posteriors,” said Owl.
“Very well,” replied Rabbit, “I shall see that the lay birds use their own posterior tails instead of shovels,” for Rabbit was occasionally compelled to admit that Owl did make some impressive speeches now and again.

Now, as the day wore on and the canal grew deeper and deeper, Rabbit decided that it was time to assess whether the irrigation canal would successfully hydrate the carrots, radishes, and cabbages planted nearby. The smallest of Rabbit’s Friends and Relations had tiptoed home, while the next smallest simply fell asleep where she stood, for digging the canal was an Arduous Undertaking. So it happened, that, when Pooh and Piglet walked by, Piglet was the only animal of the proper size to be lowered into the ditch.

“You will do us all a Very Great Service if you will carry this bucket of water down into the canal,” said Rabbit. “It will be only the simple matter of climbing down this tree trunk, pouring the water in, and climbing back up.”

Piglet did always like a chance to do a Great Service for his friends, so long as nothing very scary was involved. So he picked up the bucket, balanced it carefully in his hands, and began climbing down the tree trunk, when suddenly,

“Oh bother!” exclaimed Piglet, as he stumbled over a branch.
“This is rather more difficult,” he admitted as water sloshed to and fro out of the bucket, “than I THOOOOOUUUUUGGGGGHHHHT….” he added as he slipped on wet moss and fell down to the bottom of the canal.

Piglet looked around at the deep, damp, dark earth all around him. Looking upward, he could see the silhouetted figures of Rabbit and Pooh peering down at him.

“How ever did you get down there so quickly?” asked Rabbit.
“I stumbled upon a way to get here,” replied the rather ruffled Piglet.
“Well,” continued Rabbit distractedly, “are the walls deep enough for adequate hydration, Piglet?”
“I don’t know about hydration,” said Piglet, “but I do know that they are much too high for me to climb out!”
“Never mind that.” Rabbit replied, “These things are bound to happen, you know.”
“But I wish they wouldn’t always happen to me…” complained Piglet.

Piglet tried to climb back up the tree trunk to get out, of course, but between the moss and the slippery bark from all the spilled water, he always slid back down, miserably, to the bottom of the trunk.

Eeyore meandered towards the gathering late that afternoon. “You’ll be pleased to know,” began he, “that for once, I have had a somewhat not awful day!” The thistles were fresh and tasty this morning, my tail has remained attached,” he added, spinning around quickly to try to steal a glance at his tail, “and, so far as I know, my house is still standing,” he said, remembering certain earlier times. “Indeed, you might even call it an Ideal Day!” he ended, as surprised as everyone else.

A honey bee buzzed by. Noticing something unusually sweet, it descended on Eeyore. “YOOUCH!” exclaimed Eeyore, raring onto his hind feet and kicking. Just as Eeore came back down to the ground, he happened to land on the top of the tree trunk that Piglet was laying down on, at the bottom of the canal.

“I say!” said Eeyore, “I know it couldn’t…” But before he could finish this thought, he turned to look upward to find the source of the odd squealing sound he heard. “Why, Piglet, is that,”

“you…” he moaned as Piglet landed squarely on top of him.

“I suppose it had to be inevitable; the suffering, that is. It always is, for me.”

But Piglet was so delighted to be free of the deep, dark, damp canal that he gave Eeyore’s leg a tight hug.

“Thank you, Eeyore! You have done a Great Thing for me!” Piglet cried. “I shall always be grateful for your kindness.”

“Well,” began Eeyore, but stopped when Piglet threw his arms around the old grey donkey’s neck.

Would you like a pen with a 14k gold fine nib like the one used here? Check out the pre-loved Platinum pens available here from $55.

1 thought on “Chapter 1: In Which Piglet Soars, and Eeyore Does a Great Thing”